Club games take place on Tuesday and Thursday afternoons and on Sunday mornings.

Following the Handicap Singles club championship played last month, FBCC held their Level Doubles event last week-end. There were four entries and so a round-robin format was used where each pair played the other three. The games were all 18 hoop games. Paul McCreadie and Robin Howarth won all three of their games so emerged as clear winners. Denis Turnbull and Nick Westmore (a swallow, who with his wife, Carol are trapped here in SA for the duration of the Covid saga) won two of their games, Wayne and Jeannie Cotton won one while Roly and Sheena Hutchings ended up bottom of the log having lost all their games.

Next up in the Club events is the Handicap Doubles.

FBCC held their first ever Club Championships on Sunday 16th August 2020 – the Handicap Singles. There were eight entries on a cold rainy day,  with frequent stoppages when the rain got too much.

There were two Round Robin blocks of four, the winners of each block to play a 19 hoop final. This was won by Denis  Turnbull on the Golden Hoop beating Roly Hutchings 10-9.

An interesting fact of the tournament was that 7 of the 13 games went to the Golden Hoop with another two ending 7-5, so the Club’s Handicap Manager is doing a great job!

The remaining Level Singles and the Handicap and Level Doubles tournaments will be played over the next two months. 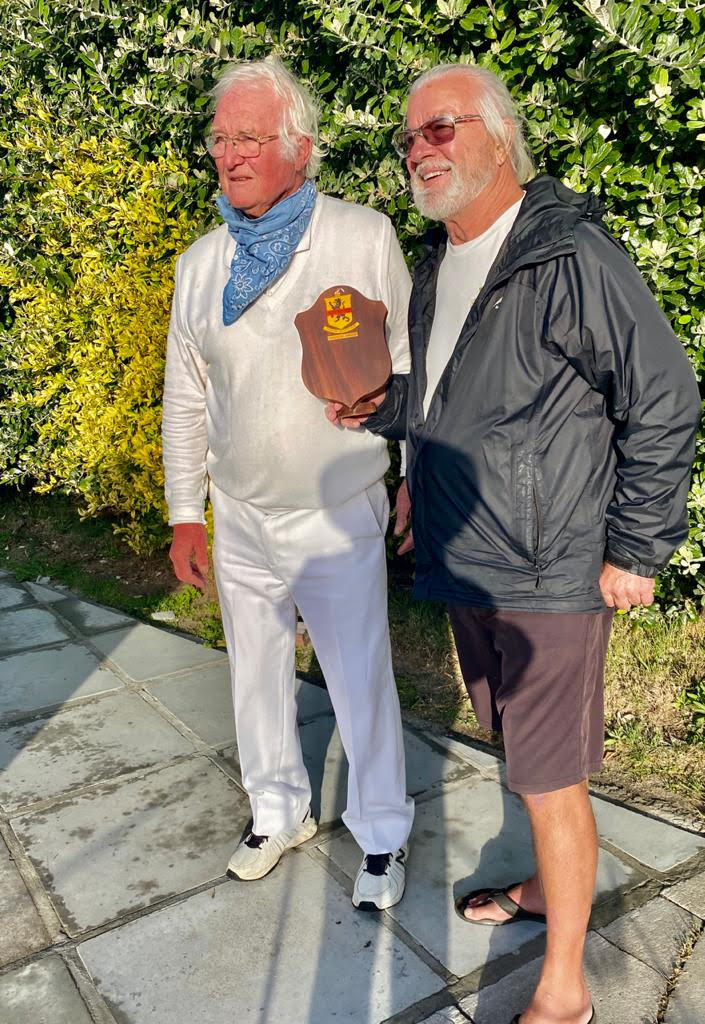