The Gauteng Provincial Golf Croquet Tournament took place at Country Club Johannesburg from 19-21 March. Although the entries were a bit lower than usual, the quality of play was excellent with some very exciting moments in the finals.  The courts were in great condition.

Victor Dladla won the Open Singles title for the 9th time since the tournament’s inception in 2007.  Victor also won the Handicap Singles trophy.

In the Open Doubles, the father and son team of Mike and Marc Corcoran from Marks Park retained the trophy for the third year running.

Keeping it in the family again, brother and sister Anne Weiss and Mike Rivett-Carnac of CCJ won the handicap doubles trophy.

The Higher Handicap Singles (6 and above) Trophy was won by Dougie Ramage of Marks Park and Dougie was also awarded the inaugural Vincent Atterbury Memorial Trophy for the most improved golf croquet player in Gauteng.

All in all, an excellent weekend played in mostly fair weather, although rainwear had to be produced for the final day. 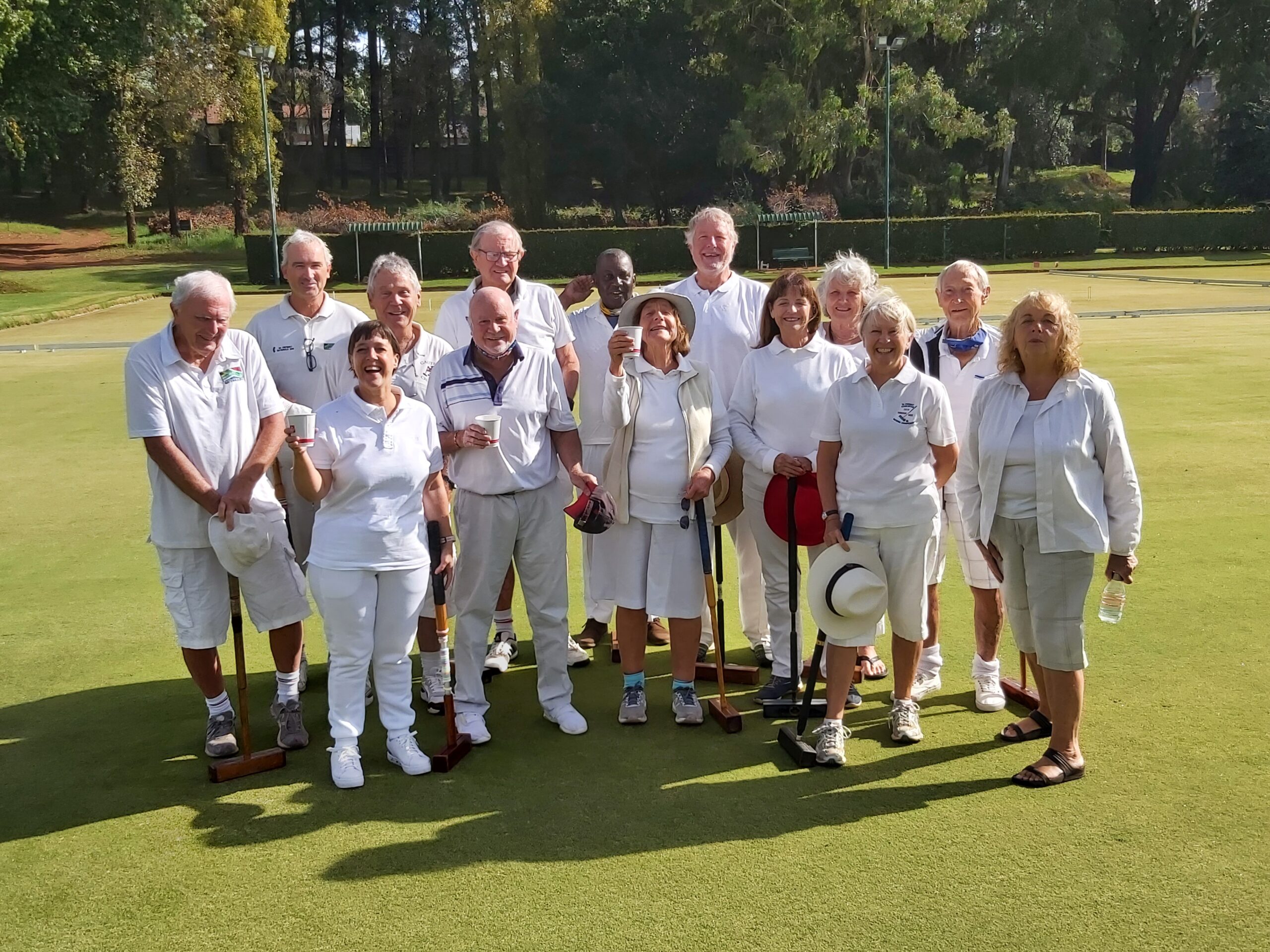 Some of the eager competitors. 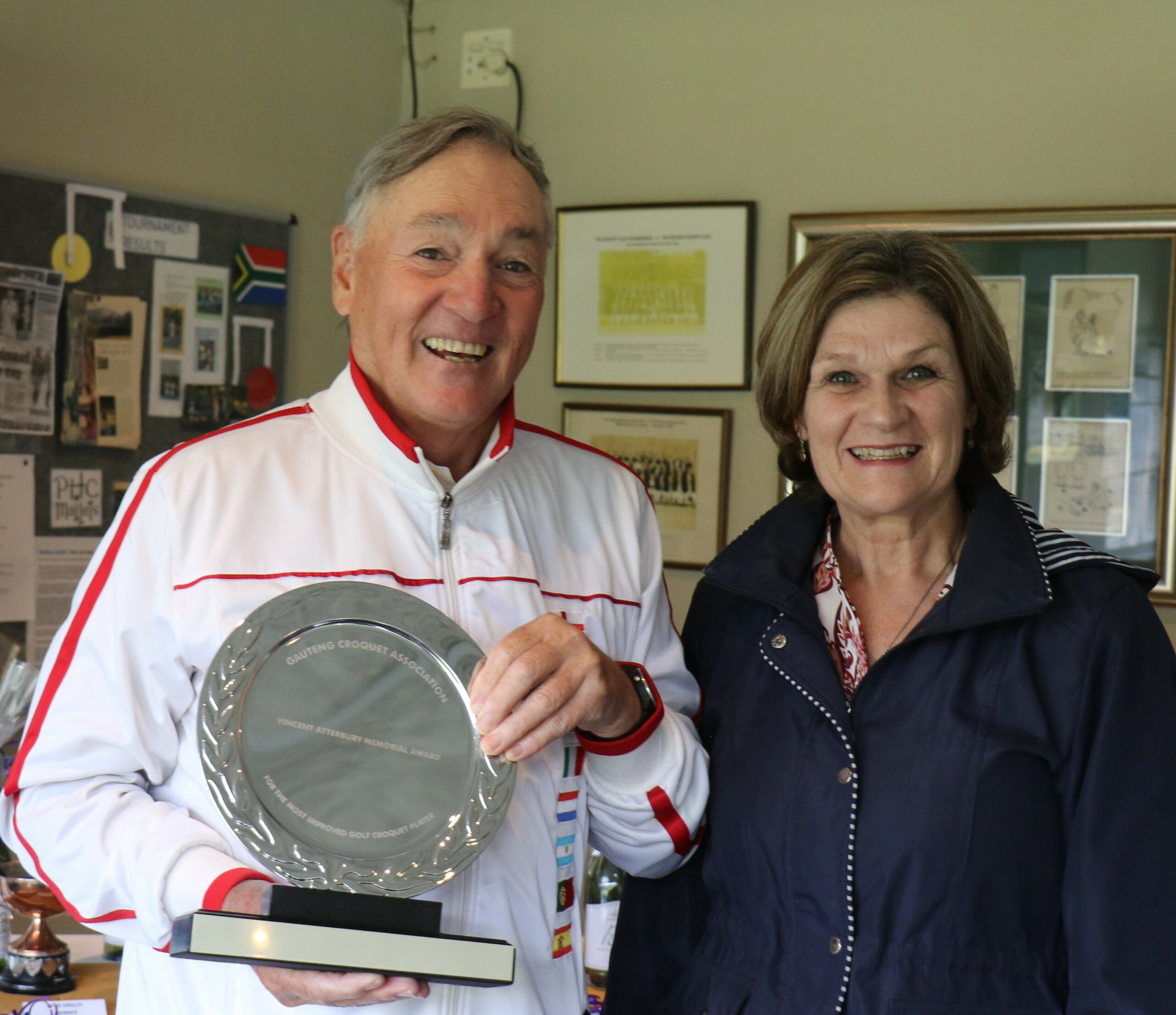