Country Club Johannesburg’s Victor Dladla walked away from the Gauteng provincial championship with the coveted Open Singles title. It was staged at the Auckland Park club from 20 to 22 March 2021.

Victor has a long history of representing South Africa but winning was no cake walk. An 80 year old veteran, Mike Corcoran from Marks Park, pushed Victor to the end in a entertaining close final that Victor finally won 10 – 8. Both players have represented South Africa in international croquet events.

Chairman of the croquet section, Chris Wakeham, managed the event that drew favourable comments from participants contending with restrictions due to Covid.  CCJ has some of the best croquet facilities in the country and the setting makes it quite special, said a participant.

The Open Doubles title was won by Mike Corcoran and his son Marc. 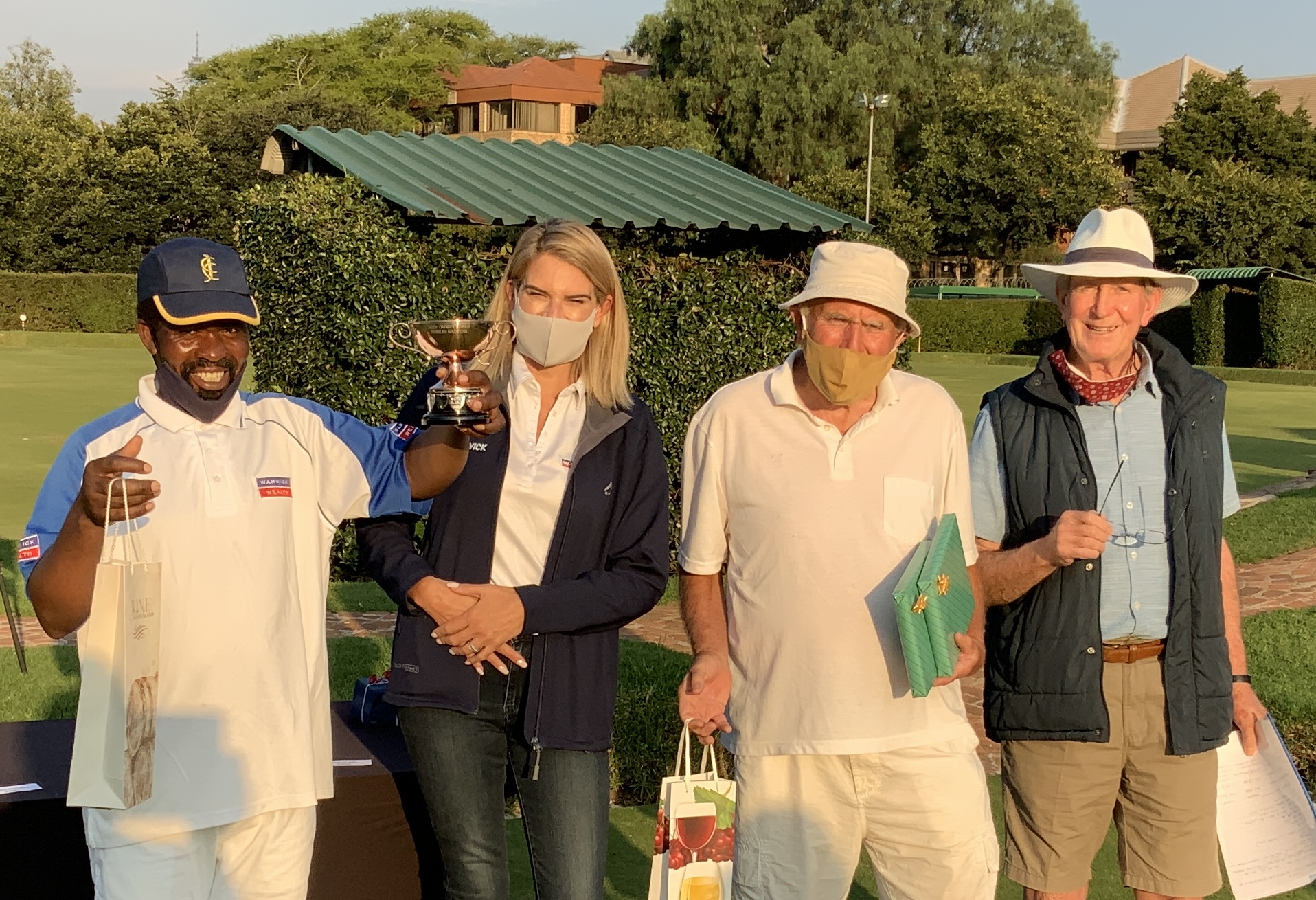 A family affair. Father Mike Corcoran watches his son Marc from Marks Park shoot a hoop as they march to a doubles victory. CCJ member and referee Les Weiss looks on

Some of the CCJ players at the Gauteng Champs.